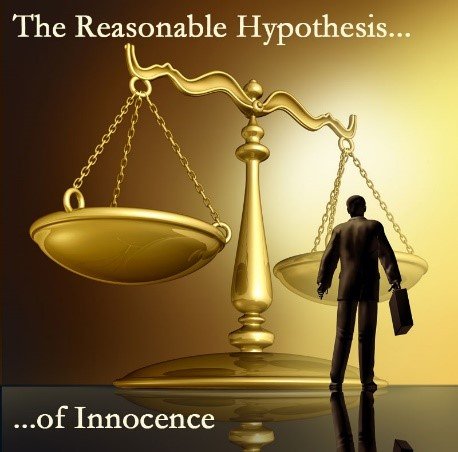 Proven innocence took him from death row and life in prison to freedom.

In Florida, in order for the prosecution to convict a person charged with a crime through circumstantial evidence, the state must present legally sufficient evidence that the person charged with the crime – and no one else – committed the crime.  As the two following cases highlight, it is not sufficient that the facts create a strong probability of guilt, unless the facts are also inconsistent with innocence.

The Case of Anibal Jaramillo
Anibal Jaramillo was convicted of two counts of First Degree murder and sentenced to Death.  The circumstantial evidence introduced against him at trial showed that back in 1980, the police discovered two victims shot in the head at their home in Miami-Dade County.  A male victim was found with his hands tied behind his back with a cord, and the female victim’s hands were handcuffed.  Fingerprints not belonging to Jaramillo were found on the handcuffs.  Jaramillo v State, 417 So. 2d 257 (Fla. 1982).

Jaramillo testified on his own behalf and explained he had been in the victim’s home with his friend Edison Caicedo, who was the victims’ nephew and lived at the home.  Jaramillo testified that he had helped his friend organize the garage and that he used the knife, after taking it out of its wrapper to cut up boxes. The fingerprint technician stated that he had no way of determining when the fingerprints were placed on these items. Id.

Legal Analysis
In a circumstantial case, a defendant cannot be convicted unless the evidence presented excludes all reasonable explanations of innocence.  See, McArthur v. State, 351 So.2d 972, 976 n. 12 (Fla. 1977)(“[w]here the only proof of guilt is circumstantial, no matter how strongly the evidence may suggest guilt a conviction cannot be sustained unless the evidence is inconsistent with any reasonable hypothesis of innocence.”)  Jaramillo provided an explanation as to how and when his fingerprints were left on the items at the murder scene.  The fingerprint technician testified that he had no way of determining when the fingerprints were placed on these items.

Holding:
The Florida Supreme Court reversed Jaramillo’s two first degree murder convictions and death sentence and ordered him discharged of the crimes because the state failed to refute Jaramillo’s reasonable hypothesis of innocence.

The Case of Corey Joshua Rocker
The evidence adduced at trial established that on January 24, 2008, 16-year old Joshua Rocker made arrangements to meet the victim, to purchase drugs.  A witness, who knew Rocker and Banks (Rocker’s co-defendant) had seen them both handling a gun earlier that day.  The Witness testified that he saw Banks, approach the victim’s car and ask him “Where the money at?  The witness then heard a gunshot and saw Rocker and Banks running away from the victim’s car and overheard Banks tell Rocker, “I think he’s dead.”  The victim died from a gunshot wound to his head.  Corey Joshua Rocker v. State of Florida, No. 2D10–5060 (2nd DCA 2008).

Legal Analysis
At trial the prosecution established that: 1) Rocker had called the victim to purchase drugs; 2) Rocker had purchased drugs from the victim on at least three occasions; 3) the victim was killed after he arrived to deliver the drugs; 4) Prior to the murder Rocker was seen touching the murder weapon; 5) Rocker was at the murder scene on or about the time of the murder; 6) Rocker and the co-defendant, Banks, had asked the witness if he wanted “to go handle something” although the state never established what that “something” was; and (7) Rocker and Banks took flight after the murder.

In C.D. v. State, 2 So.3d 994, 995 (Fla. 2d DCA 2008), the Court held that “merely creating circumstances or conditions that allow another to commit an independent offense is not enough to establish one as a principal to that offense.”  While it is true that had Rocker not called the victim to purchase drugs, the victim would likely not have been killed (at least not that night) but the simple act of placing the call, without more, was not enough to establish his intent to participate in the attempted robbery and murder.

Plenty of court cases have repeatedly reaffirmed—that mere presence by an accused at the scene of an offense, committed by another, even under circumstances where there is knowledge that an offense is going to be committed, is not sufficient to establish aiding and abetting, G.C. v. State, 407 So.2d 639 (Fla. 3d DCA 1981); nor is flight from the scene, Pack v. State, supra; J. H. v. State, 370 So.2d 1219 (Fla. 3d DCA 1979); nor other equivocal after-the-fact behavior, Douglas v. State, 214 So.2d 653 (Fla. 3d DCA 1968), even in combination with each other, to exclude the reasonable hypotheses of innocence. In order to convict him the State had to establish that Rocker intended to Rob the victim but they presented no evidence of that at trial.

Holding:
The Second Court of Appeal reversed Rocker’s life sentence and ordered him discharged of the crime of felony murder in the 1st Degree because the prosecution could not establish his intent to participate in the robbery, or refute his reasonable hypothesis of innocence.

Conclusion:
While the state does not have to have the “smoking gun,” DNA evidence or even a confession to convict a person of a crime, the circumstantial evidence must point to guilt and refute any reasonable explanations of innocence, or the failure to do so will likely result in an acquittal or reversal of a conviction.